A Granddaughter’s Observations and Reflections 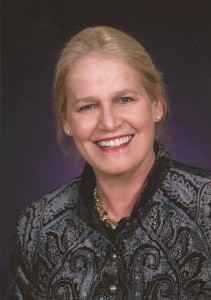 It is easy to take things for granted in one’s own family. There is often little understanding of how or why the adult members in particular, have arrived at certain stances or beliefs. So it was with me and my grandfather, E. Stanley Jones. To me, he was just my grandfather who traveled a lot! But now it is fascinating and rewarding to see and understand him as a real person and realize just what an exceptional human being he was.

Though in his day, my grandfather was known all over the world, it was India that gave him the ultimate challenge; and India was the anvil on which he tempered and solidified his faith. But let me first tell you about his early years and how he arrived at what was to be his life’s work as an evangelist for Jesus Christ.

His autobiography tells us that as a teenager, he ran with a gang – obviously his parents did not approve. Maybe his “gang” was more benign than the ones in our day. Despite his outer rebelliousness, my grandfather was receptive when a visiting evangelist spoke on what Christ meant to him. The night of the service, this young rebel (my grandfather) and his friends had planned to disrupt the service, but that disruption did not happen. To the astonishment and annoyance of his friends, my grandfather responded to the evangelist’s call and a dramatic conversion that changed his life.

E. Stanley Jones had planned to be a lawyer, but instead entered the ministry. Considering his persuasiveness for the cause of Christ, he would have been an exceptional attorney. But, once he assumed the responsibilities of faithful discipleship, he never turned back. He plowed a straight furrow to Asbury College, to evangelism, to missionary service in India, and to world renown as a witness to Jesus Christ.

He went to India in 1907 as a missionary when he was just 23 years old. It is amazing to learn how casually mission boards treated new missionaries in those days. No orientation was given – for the country, its customs or climate, or even tips on how to get around. He was given a one-way ship passage from New York City to Bombay and the voyage took six weeks. While he was given the name of his ultimate destination, getting there was up to him.

E. Stanley Jones tells the story of that 20-hour train ride to his final destination – Lucknow – in the northern part of the country. He found himself in a compartment with a well-educated, English-speaking Muslim gentleman. Full of enthusiasm for his missionary work, he read this gentleman the Sermon on the Mount, expecting the man to be overwhelmed and immediately converted. Instead the man said, “We have the same thing in our Sacred Book.” This was the first time my grandfather had come up against the very familiar, “all religions are the same – only the paths are different,” attitude so widely held by many in the non-Christian world. It shook him, as he wasn’t prepared to deal with such attitudes. But it also made him face squarely, at a very early point in his missionary career, the question of whether he was going to argue or debate with non-Christians to prove them wrong and Christianity right, or use some other way. He was led to consider another way. I think that this was a crucial decision that contributed to his great effectiveness. 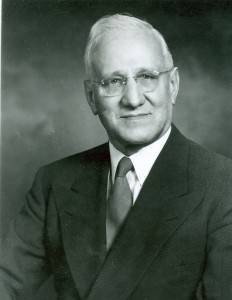 His First Church in a Rising Tide of Independence and Nationalism

E. Stanley Jones’ first church was a British, American, Anglo Indian church in Lucknow. He was successful in adding members to the church, but felt a sense of constriction given that the great masses of India were beyond his reach. He felt uneasiness and alarm with what was happening in the Christian convert community. Too often in changing their faith, the new converts were also encouraged to reject their identification with their Indian culture. This was British India and a time of political unrest. Some Indian Christians were becoming aliens in their own country. That did not seem right. Very early in his career, E. Stanley Jones urged Indian Christians to remain within their culture. He was convinced that Christianity could be truly indigenous in India, as well as anywhere else in the world. I believe that this conviction was an important contribution to both mission work and evangelism.

After he married my grandmother (1911) they went to Sitapur, a city of about 40,000. It was in Sitapur that he first came in real contact with educated non-Christians. A casual remark by a Hindu judge made him ponder his whole approach to the non-Christian world. Asked by the judge why Christians seemed only interested in the outcastes of India and not the high castes or educated classes, my grandfather responded that he thought that they would not be interested. The judge said, “This is a mistake. We do want you, if you come in the right way.” This comment really changed my grandfather’s focus – for he had to decide what was really essential and what was non-essential in the system that been built up around Jesus.

He was speaking constantly to ever growing audiences of educated non-Christians. He presented a disentangled Christ, apart from the trappings of Christianity, apart from Western Civilization. Christ was presented as a universal Christ, belonging to all cultures and races and the answer to ALL human need. His audience was interested in this Christ. His first book, Christ of the Indian Road, published in 1925 – made this point clear. For Jones it was not the superiority of Christianity, but the all-sufficiency of Christ that was the foundation of Christian mission. (Martin, Missionary of the Indian Road: The Theology of E. Stanley Jones)

My grandfather had a unique and threefold approach for sharing Jesus. First, he held his lectures (not sermons) in public halls, a neutral ground for non-Christians. After the lecture – the next two hours were reserved for questions from the audience. I remember when I traveled with him and heard him speak in very crowded halls – people were hanging at the windows to hear him. And when he finished speaking, the questions came. I was shocked and certain that he could not answer them… they were hard questions. I remember slipping lower and lower in my seat, waiting for the humiliation. But to my real surprise (and relief) not only did he answer them, but answered them well and never in a provocative, testy or argumentative way. He was well able to take care of himself and did not need me worrying about him.

My Grandfather was always an Evangelist

My father, Bishop James K. Mathews, often said that E. Stanley Jones was the ablest interpreter of the Gospel for the present day of anyone he had ever heard. Perhaps in the early years, E. Stanley Jones would have identified himself as a “soul winner” but over the years he broadened his perspective. He became interested in body, mind, and spirit – the whole person. He saw the Gospel of Jesus Christ enabling fractured and partial persons to become whole persons.

I think his most original book was The Way, and in that book he elaborated on the idea that the Christian Way is written into the texture of life. It is life. He points out the striking passage in John 1:3: “And without him was not anything made that was made.” There is the stamp of Christ on everything and it is the way life is made to work. And in following Jesus Christ we can set ourselves upon that “WAY.”

He even felt that society – the world – was meant to operate in the way that God intended. Such a society is the Kingdom of God… you get the idea.

My mother tells me of the occasion in Boston when Dr. Martin Luther King, Jr. was honored by Boston University at a convocation prior to his leaving for Sweden to receive the 1964 Nobel Peace prize. At the reception following, my mother was introduced to Dr. King and my grandfather was mentioned. Dr. King immediately became very serious and said, “Your father was a very important person to me, for it was his book on Mahatma Gandhi that triggered my use of Gandhi’s method of non-violence as a weapon for our own people’s freedom in the United States.” He continued that though he had been very familiar with the writings on Gandhi and had been interested in his method of non-violence for years, it had not “clicked” with him that it was a vehicle for “use” in the United States. Reading my grandfather’s book on Gandhi may have assisted Dr. King with the application of Gandhian principles within a Christian context.

He Outlived His Life by Investing in Others

He was a wonderful grandfather and lots of fun. As I was growing up, he spent every Christmas with us and his arrival was a time of great anticipation, because he played with us. He particularly loved to swim and watch baseball. He was an excellent athlete. …I traveled with him as a young adult just out of college to Africa and India.

Up until the age of 87, E. Stanley Jones kept up a rigorous and active life – It is estimated that he preached more than 60,000 sermons – sometimes 5-7 a day. I heard him preach that many times a day. I was tired. He was not. He always did his daily exercises (even 30 pushups), but in 1971, after a strenuous two months of speaking 154 times in Japan, he had a stroke. After some months in rehabilitation hospitals, he asked to return to India. The doctors concurred. We took him back to India to live after he suffered a brain stem stroke.

By faith and determination, he managed to regain mobility and the ability to preach publically – some 50 times, despite major speech difficulties.

He wrote us in 1972 that he felt that the year for him was the practical application of all they had been preaching – the year of using his infirmities. When life says, “No,” God still says, “Yes,” and such was the affirmation he made in his last book, The Divine Yes! He died in India in January 1973.

So, nearly 40 years after his death, I find that his books and sermons (many written in the 1930s and 40s) are really not out of date and with few exceptions are entirely relevant to today’s world. Just think what he could have done with the Internet!

He foresaw where the great issues would be and spoke to them long before they were recognized – often at great unpopularity and even antagonism and derision to himself. I think that he was something of a prophet and his honors – and he did receive them – were all laid at the feet of Jesus Christ.