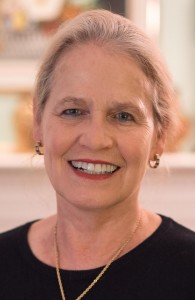 Dr. Anne Mathews-Younes is the granddaughter of Dr. E. Stanley Jones, author, missionary and global teacher-evangelist, and is President of the E. Stanley Jones Foundation.

Anne earned her Master’s and Doctoral Degrees in Theological Studies at Wesley Theological Seminary in Washington, D.C. Both of her theological degree theses focused on the life, mission and theology of her late grandfather, E. Stanley Jones, with whom she traveled extensively through India and Africa.

Anne is a psychologist working with the Federal Substance Abuse and Mental Health Services Administration (SAMHSA) and currently serves as the Deputy Director of SAMHSA’s Center for Mental Health Services (CMHS). She received her doctorate in Counseling and Consulting Psychology from Harvard University, and has worked in State and Federal mental health agencies for many years in programs designed to prevent school violence and suicide, promote mental health and prevent mental and behavioral disorders, treat child trauma, and support disaster preparedness and response. She is also involved in engaging faith communities in suicide prevention.

Anne has collaborated to develop resources on suicide to make available to groups, agencies, institutions and churches to assist them in their response and educational efforts around suicide prevention. Anne recently received the Alumni of the Year Award from Earlham College at her 50th college reunion. She is also trained as a Stephen Minister.

The E. Stanley Jones Foundation exists to reach today’s generations with the life-transforming message of Jesus Christ, and to equip effective Christian evangelism by making available to all, the relevant and rich works of Dr. E. Stanley Jones, whose Christ-centered preaching, teaching, and prolific writings continue to enlighten and bless millions of people worldwide. The year 2025 marks the 100th anniversary the Methodist Publishing House has had at least one E. Stanley Jones book in print. The Foundation is partnering with the Methodist Publishing House (Abingdon Press) to have Jones’ 27 books reprinted and available in hard copy and electronically by 2025.

As she continues her grandfather’s work, Dr. Mathews-Younes is a frequent speaker on continents where E. Stanley Jones’ footprint can be found, particularly in the Americas, India, Japan, Korea, and Canada. She attended the Mar Thoma Convention with Jones in 1967 and was thrilled to be present to hear the Gospel shared by him so compellingly. She visited the Mar Thoma Convention again in 2016 and 2019, and was the keynote speaker at the 100th anniversary of the Sevika Sanghom, Mar Thoma’s largest women’s organization for Christian service with more than 200,000 attending.

Anne also served as the Vice-President of the United Christian Ashrams (UCA) Board, as well as a member of The Four, the spiritual of core of the Christian Ashram, a spiritual retreat organization founded by E. Stanley Jones.

Anne’s publishing titles consist of many papers, sermons and books including, Living Upon the Way: Selected Sermons of E. Stanley Jones on Surrender (2008), The Life and Ministry of Mary Webster, A Lay Witness in the Evangelistic Ministry of E. Stanley Jones (2017), Beginning with Christ (2018), The History of the Christian Ashram in India (2018) and The History of the Christian Ashram Movement in North America (2018).

Anne resides in Potomac, Maryland with her husband, Dr. Robert Younes, a physician.