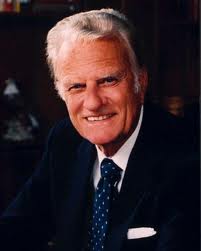 ‘In old age… blossom at the end like a night-blooming cereus.’ This statement was written by a missionary to India, the late Dr. E. Stanley Jones, native of Baltimore, Maryland. He made a profound impact on all those around him because of his extraordinary faith and service to others. Later in life his work was acknowledged by Franklin D. Roosevelt and Mahatma Gandhi. In spite of a stroke at age eighty-seven that disabled him and impaired his speech, he dictated his last book, The Divine Yes, and addressed a world congress in Jerusalem from his wheelchair shortly before he died in his beloved India.

The night-blooming cereus (a family of flowering cacti) that he spoke of brings a beauty to the desert when it opens up at nightfall. Some say these plants produce fruit large enough for people to consume. Dr. Jones certainly knew something about blossoming in the nighttime of life and producing fruit in plenty; consider all those he touched along his way. His is a worthy testimony of living a meaningful life during the journey to eternal life. Do we, the older generation, do the same? Are we producing fruit that replenishes others, or do we complain about our circumstances and drain others who look forward to living full lives? By our attitudes, do we make the younger dread the inevitable – growing old? Many elderly people, without realizing, taint the purpose God has for them: to impact the younger generations by exemplifying reliance on Him and hope in His unchanging promises. We should be content, for Jesus has said, “I will never leave you nor forsake you” (Hebrews 13:5). – Reverend Billy Graham, Nearing Home